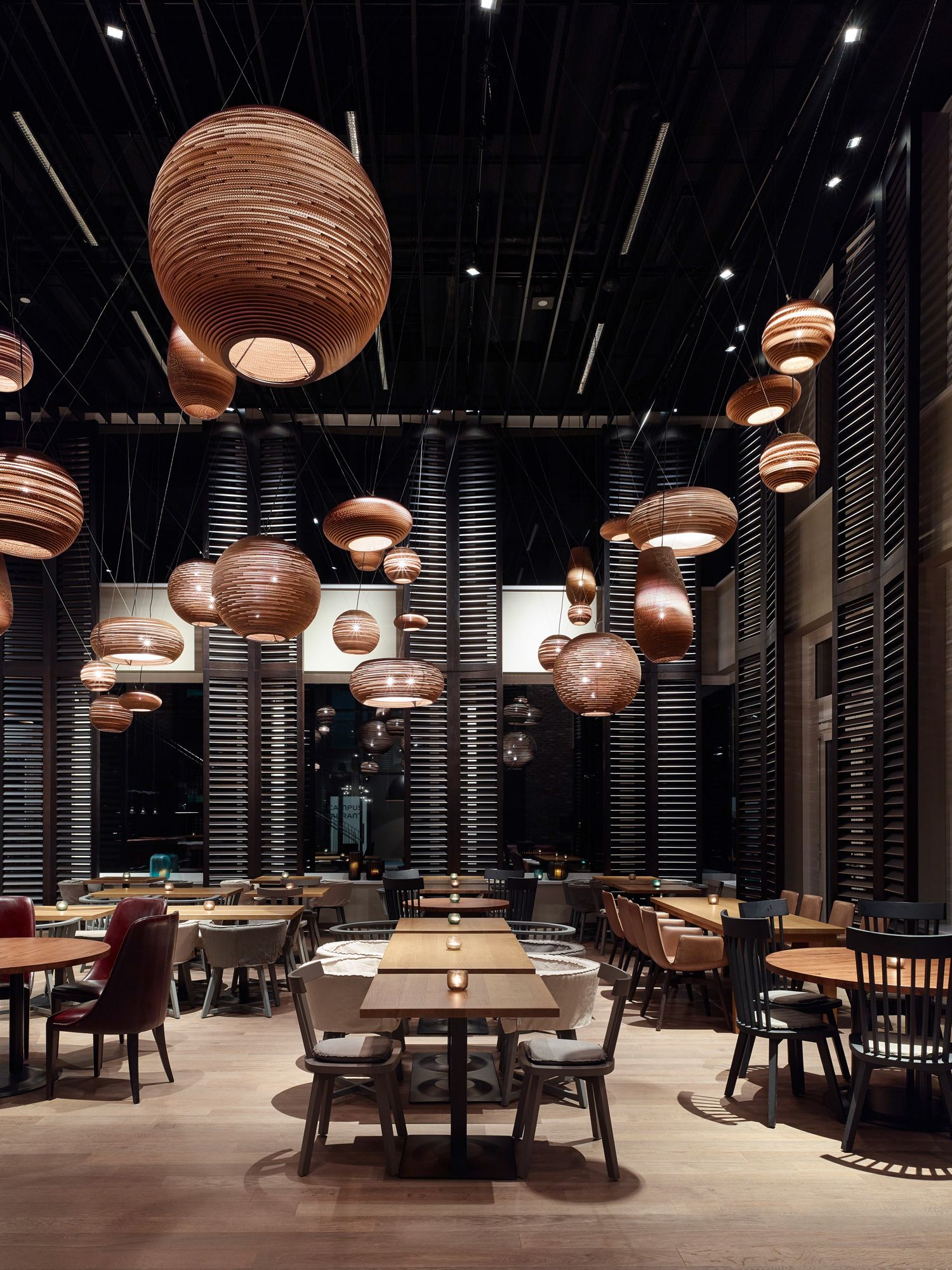 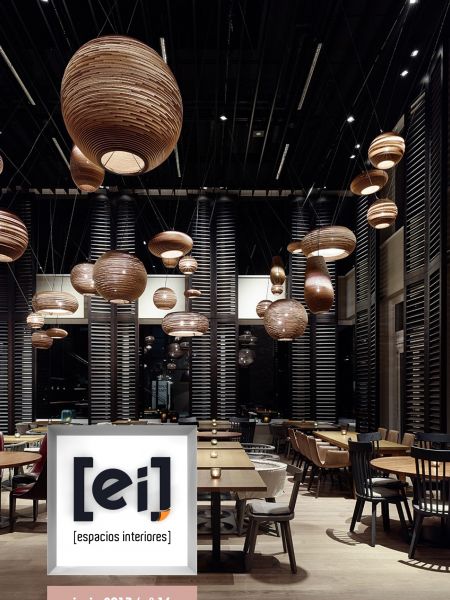 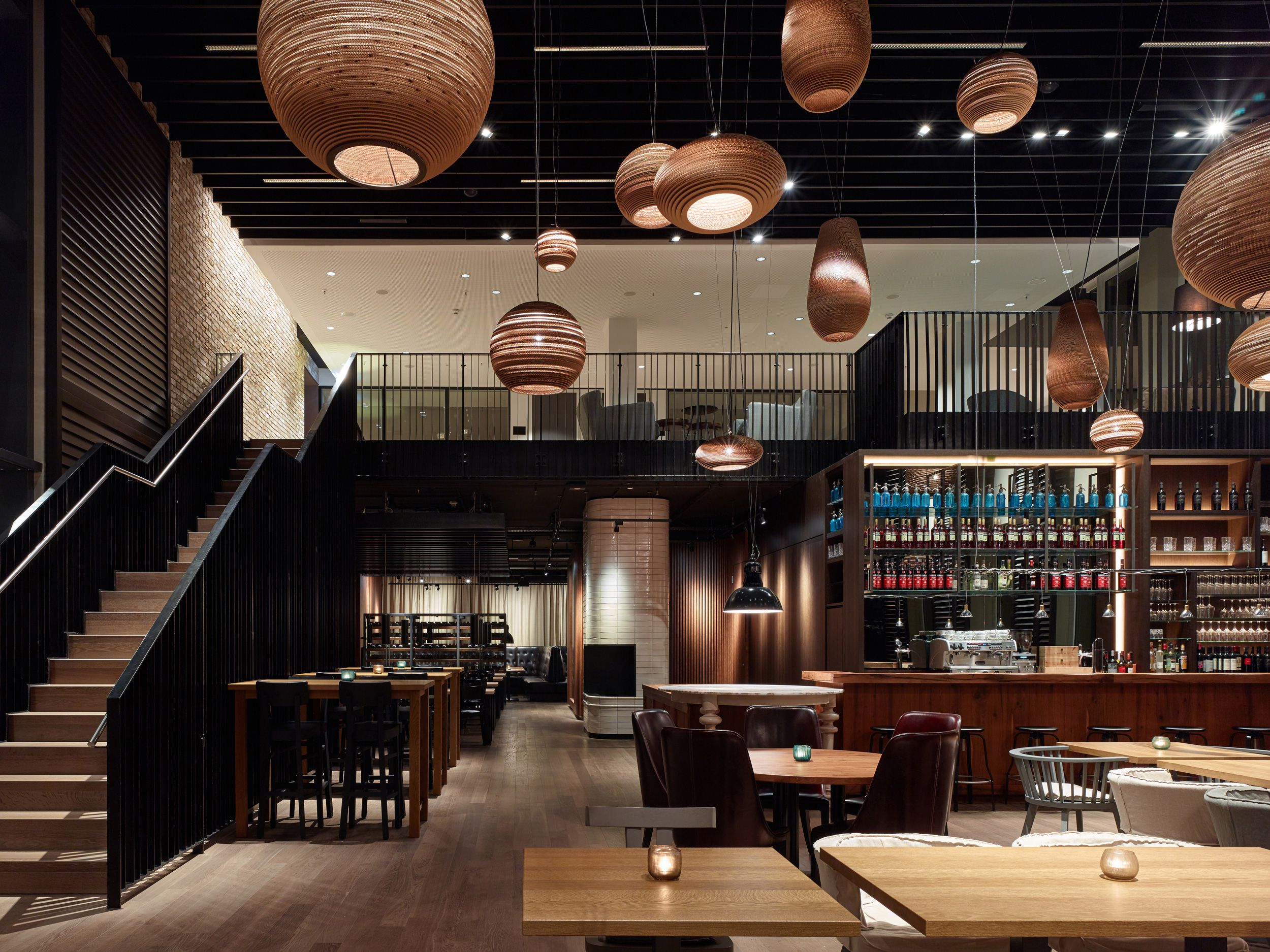 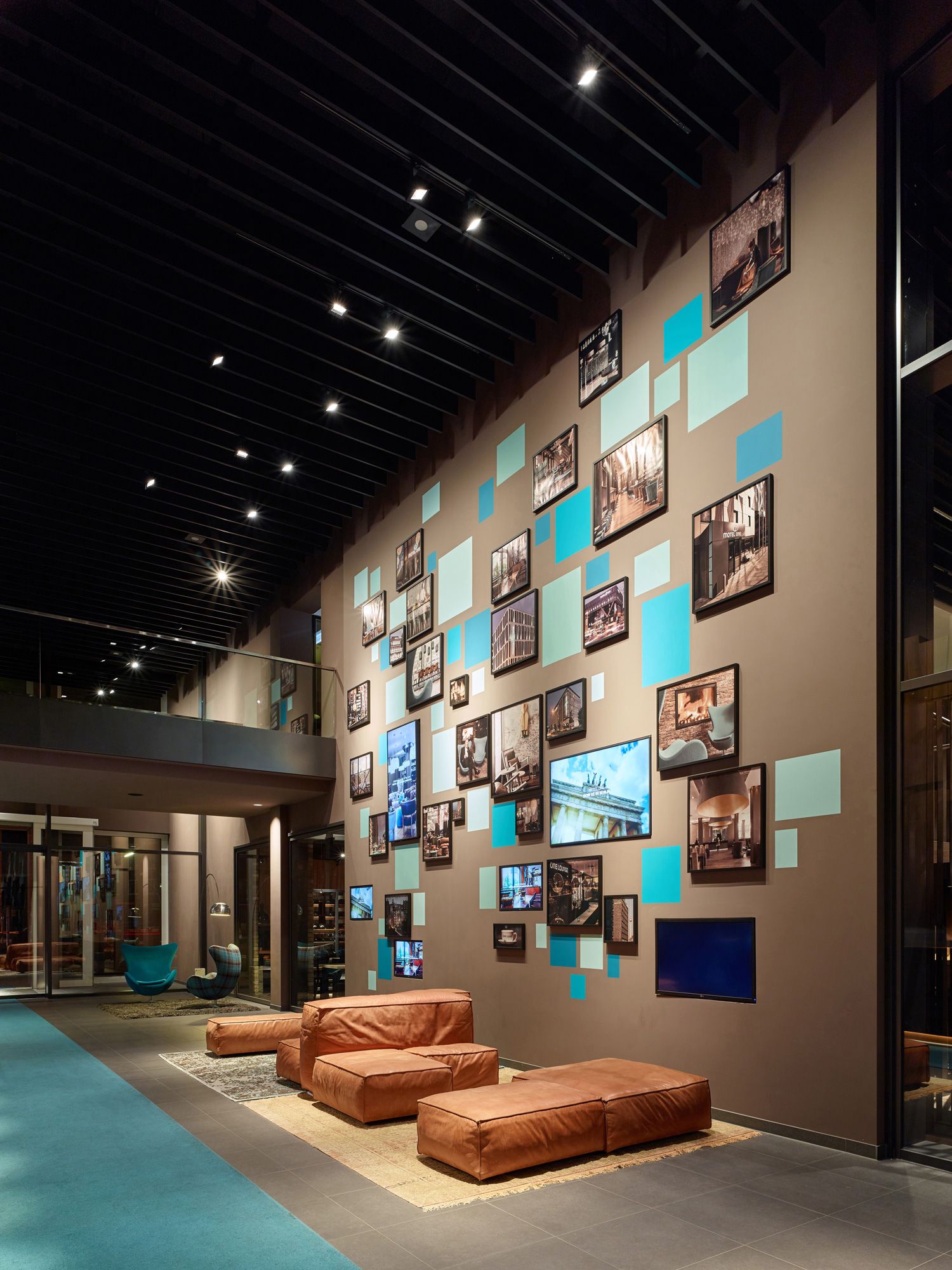 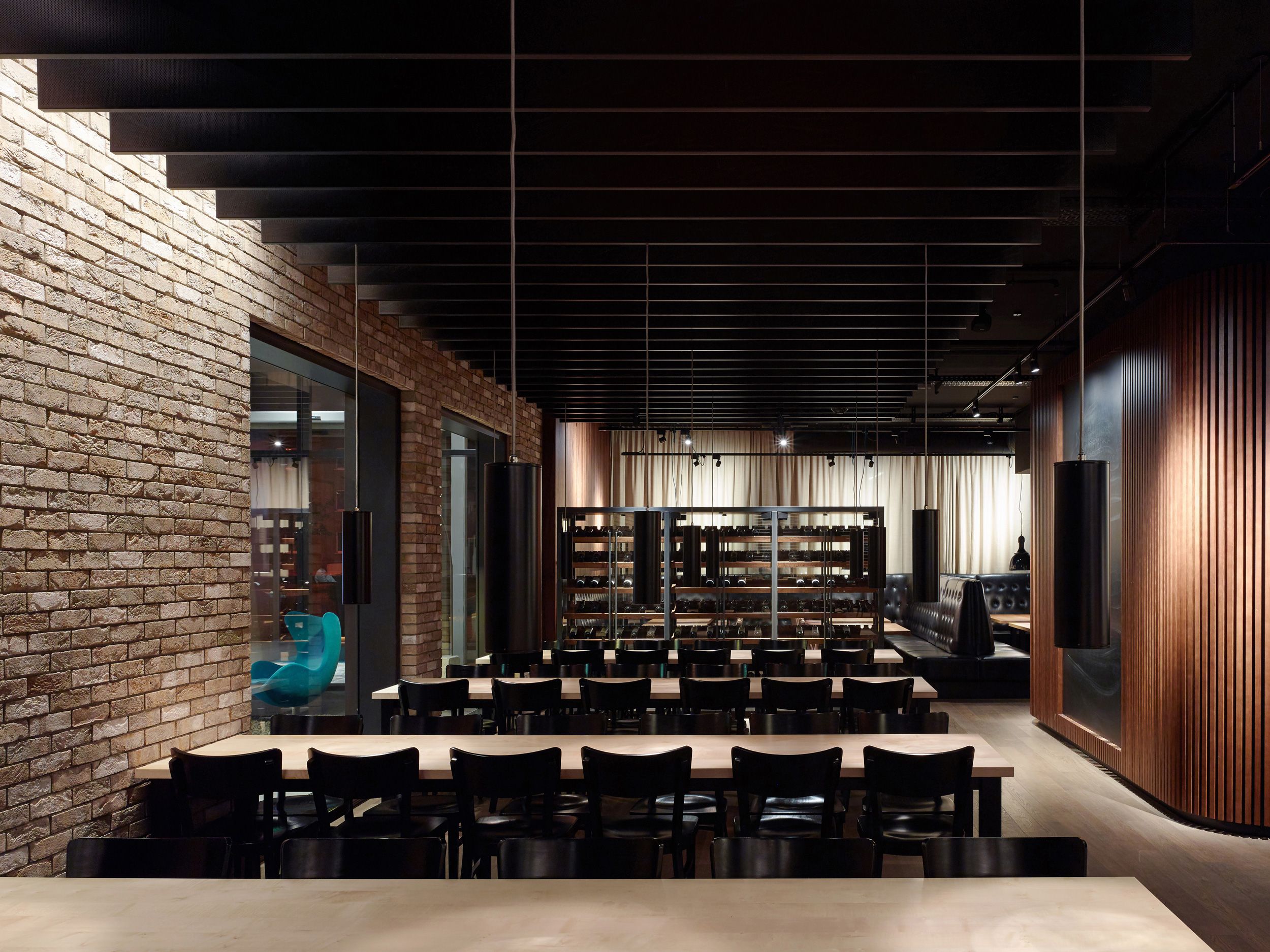 The walnut wall behind the reception counter glows in evenly distributed light, the counter is defined by pendants and indirect lighting around the base.

The new Motel One Munich includes, apart from a 252 key hotel, a staff campus and a restaurant. Brown and turquois, the brands CI colors, dominate the mood in the reception area. For the lighting designers it was crucial to create a concept based on well-balanced vertical and horizontal lighting levels.

Adjustable wallwashers and spotlights with carefully pre-defined beam-angles create a warm and welcoming atmosphere. The walnut wall behind the reception counter glows in evenly distributed light, the counter is defined by pendants and indirect lighting around the base.

Dark colors also dominate the restaurant, a true challenge for the lighting design. For the use during morning and day, linear T5 fixtures, integrated between the ceiling lamella create a cool ambient lighting (4000°K) in the main room. Below, pendants made from cardboard are suspended in a random fashion (LED 2900°K). They are running on a separate circuit, dimmable, and primarily in use for cosy evening atmospheres.

Additional narrow beam spotlights (LED 3000°K) fixed on tracks between the ceiling lamella, illuminate parts of the floor and table tops. The black “shutters” enhance the room height of 6.5 m during the day and at night; they are staged with strong grace lights, to bring them out as vertical elements in the background, and to enhance the overall spatial impression. The same effect has been designed for the stone cladded walls on the opposite side. In the rear dining areas, a concept of pendants (both historical and modern), and spotlights create a balanced atmosphere. Pendants for the moods, spotlights to reflect the natural materials.

The entire lighting spectrum can be managed via pre-set DALI scenes, programmed in advance for easy daily use.